On the occasion of the International Day for the Elimination of Violence against Women, and in the context of its commitment to women’s rights, the RAJA-Danièle Marcovici Foundation organized a week of European mobilization, common to all RAJA Group Companies in Europe.

From November 18th to 26th, several awareness-raising and mobilization events brought together all of the Group’s 3,000 employees to fight violence against women. Thanks to a new “Pedometers Operation”, everyone has worked together to support associations that offer a dedicated hotline for women victims of violence across Europe.

New record with 43 million steps made in one week !

From November 18th to 25th, 2019, the 3,000 employees of the RAJA Group participated in a big “Pedometers operation: let’s step up so they can speak up!”. The objective for the Group: to accumulate 30 million steps to reach the sum of €30,000 to be paid to 15 European associations offering a hotline dedicated to women victims of violence.

In France, the collaborators of the headquarters of the RAJA Group and its agencies (Cenpac, Welcome Office, Logisorgues, JPG and Bernard) walked for the benefit of the Fédération Nationale Solidarité Femmes which is in charge of the 3919, the national hotline dedicated to women victims of violence.

In Europe, collaborators of the Group’s European Companies have stepped up to support equivalent national associations

This operation was a great success: a total of 43,087,985 steps were taken by the entire Group! 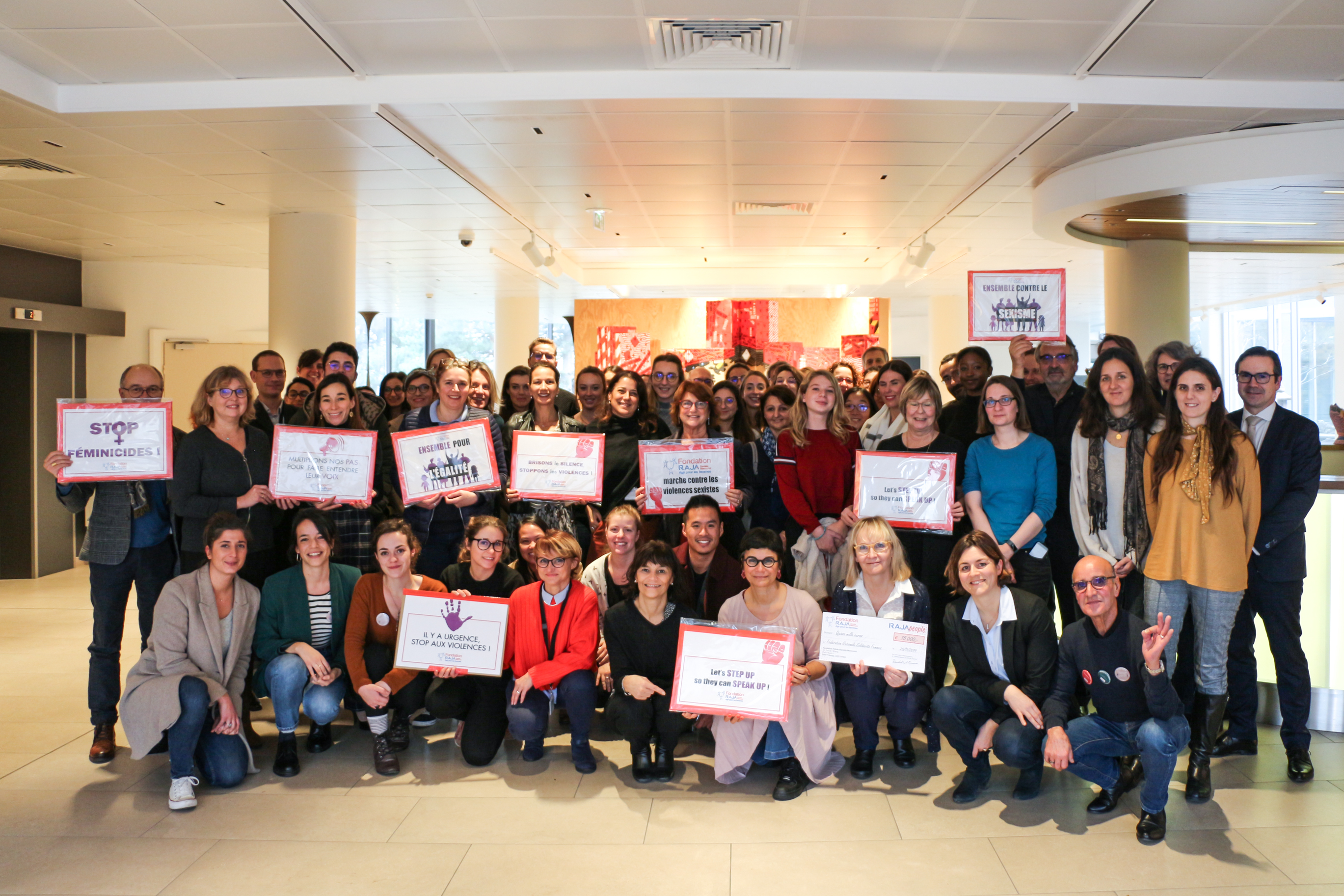 €33,000 donated to associations offering a hotline dedicated to women victims of violence in Europe

On Tuesday November 26th 2019, Danièle Kapel-Marcovici, President and CEO of the RAJA Group and President of the RAJA-Danièle Marcovici Foundation, presented, on behalf of the employees of RAJA France, a cheque of €15,000 to Françoise Brié, Director of the Fédération Nationale Solidarité Femmes. This €15,000 grant will support 500 calls to the national hotline 3919.

On the occasion of this closing ceremony of the Pedometers Operation, the collaborators of the Headquarters attended an awareness workshop led by Clémentine Lévy, Head of Animation and Training of the Fédération Nationale Solidarité Femmes.

In the other European countries, €15,000 were donated to 14 national associations that also offer a dedicated hotline.

“I am great” show with Blandine Métayer

On Monday November 25th, the RAJA headquarters collaborators were numerous to attend the show “I am great” of Blandine Métayer. This show aims to raise awareness with humor to gender inequalities at the workplace. It was followed by a time of exchanges with participants.