The Foundation's emergency fund, whose creation was announced on the Foundation's 15th anniversary in November 2021, is intended to support organizations working in favor of women and whose needs are of immediate priority.

Since the end of February 2022, this fund has been mobilized for Ukrainian women refugees: a first endowment was granted to the Women's Rights Center in Poland. 100% of the collected fund go directly to the organizations. 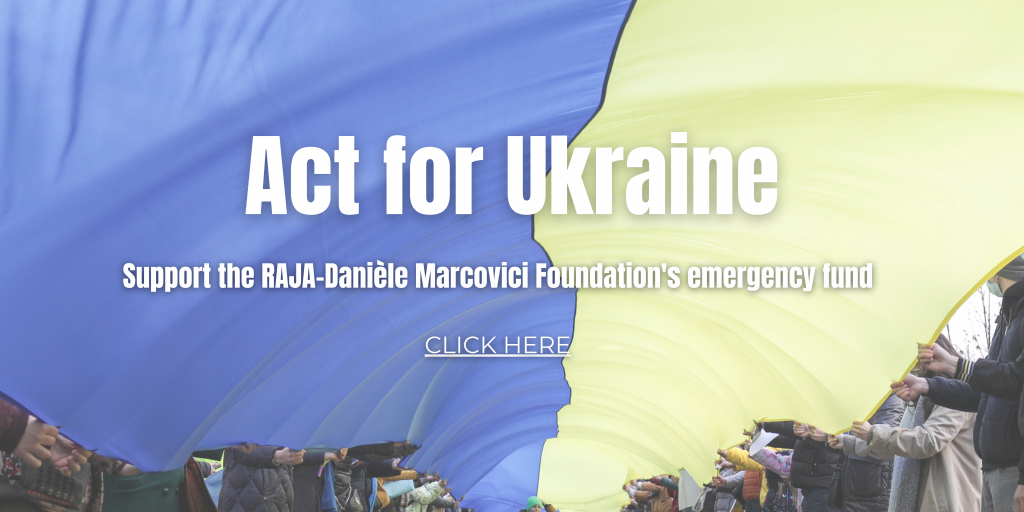 The war in Ukraine and the refugee crisis

Since the beginning of the Russian offensive in Ukraine on February 24, 2022, more than 3,400,000 refugees have gone into exile. More than half of them have fled to Poland, and then Romania, Moldova, Hungary, and Slovakia.

Since men between the ages of 18 and 60 are mobilized, most Ukrainian refugees are women and their children, as excepted since women are always the first victims of armed conflicts. They represent more than three quarters of the forced migrations in case of conflict. Since mid-March, local associations have already reported cases of sexual violence and rape committed by Russian soldiers. Moreover, women who have fled Ukraine are also potential targets for prostitution networks present at the borders. For these refugee women, there are many urgent needs: accommodation, work, language, education of children, recognition of their rights…

On March 8, 2022, International Women’s Day, the Foundation awarded an exceptional grant of 50,000 euros to the Women’s Rights Center (WRC) in Poland. Founded in 1994 by Urszula Nowakowska, the WRC provides legal and social support to women victims of violence. It offers psychological help, assistance during the trial and meetings with the police, accommodation, a 24-hour helpline, social assistance, support groups and assistance in finding a job. The association also organizes numerous workshops, conferences, and campaigns to promote women’s rights.

Faced with the influx of refugees and their children, the WRC is setting up an emergency aid program to provide an operational solution in all the structures of the association’s network:

Setting up of a telephone support line;