The Fondation RAJA Women’s Awards 2018: and the winners are…

On Tuesday November 20th, 2018, the Fondation RAJA-Danièle Marcovici celebrated, at the Theater of the Trianon (Paris), the 4th Ceremony of the RAJA Women's Awards, an event which allowed to value and to reward 6 French associations which develop remarkable projects in favour of the women in France and in the world. With a €80 000 total subsidy, the RAJA Women's Awards 2018 will allow the prize-winners to pursue and to develop their projects.

The NGO BATIK International was rewarded for its project « Helping female migrant workers to get their rights recognized » in Vietnam (€15 000 subsidy).The prize was granted by Laurence Fischer, triple world champion of Karate and founder of the NGO Fight For Dignity. She is also committed to women victims of violence to whom she brings her support every week during workshops organized by the House of the Women, an NGO in Saint-Denis near Paris. 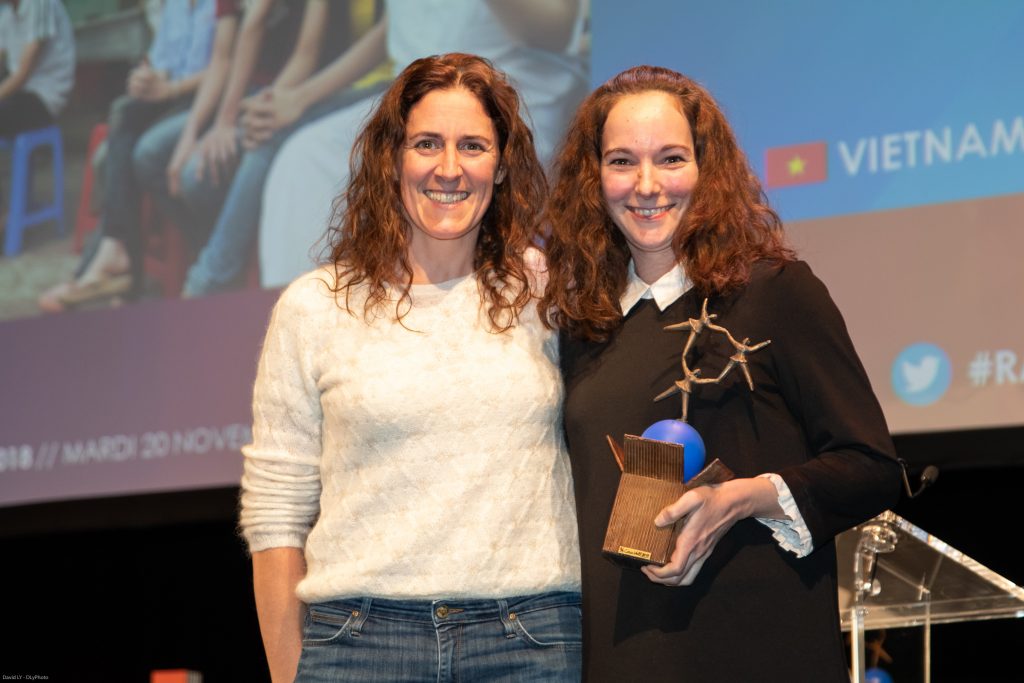 Objectif France-Inde, winner of the category « Education and Social action »

This prize (€15 000 subsidy) was awarded to the NGO Objective France – Inde for its project of support of the marginalized women towards the exit of poverty via the implementation of Self-Help Groups in India. It was granted by Bénédicte Jeannerod, Director of the Paris desk of Human Rights Watch. 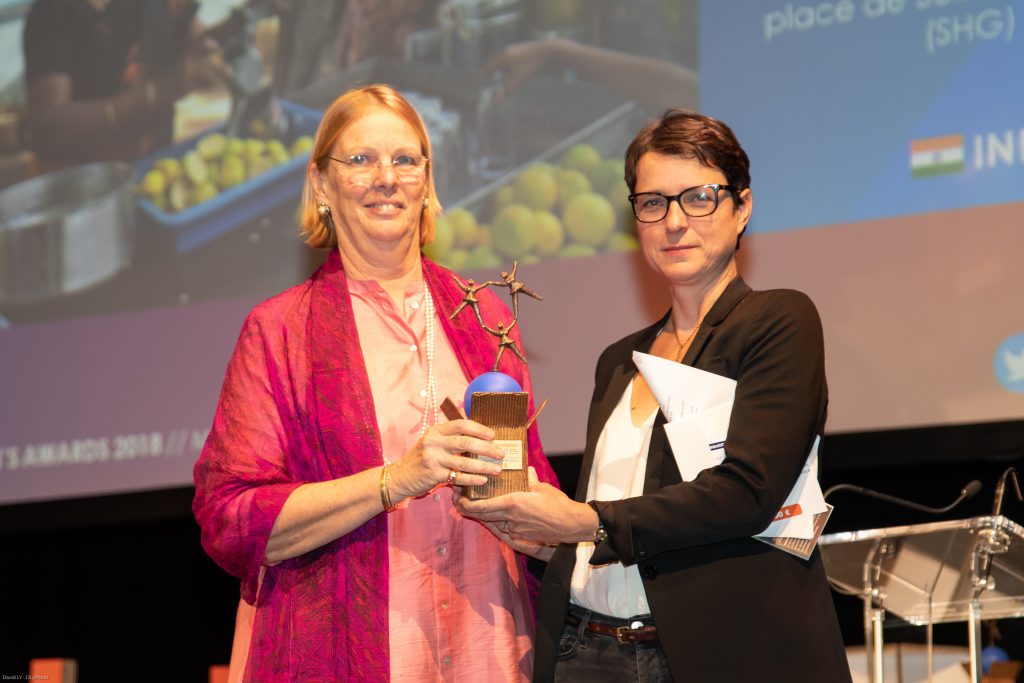 Passerelles numériques awarded in the category « Training and Professional insertion »

The NGO Passerelles numériques received the prize of the category « Training and Professional insertion » (€15 000) from Bouchera Azzouz, founder of the Workshops Féminisme Populaire (Popular Feminism), for its project ” Improve girls access to jobs in digital technology ” in Cambodia. 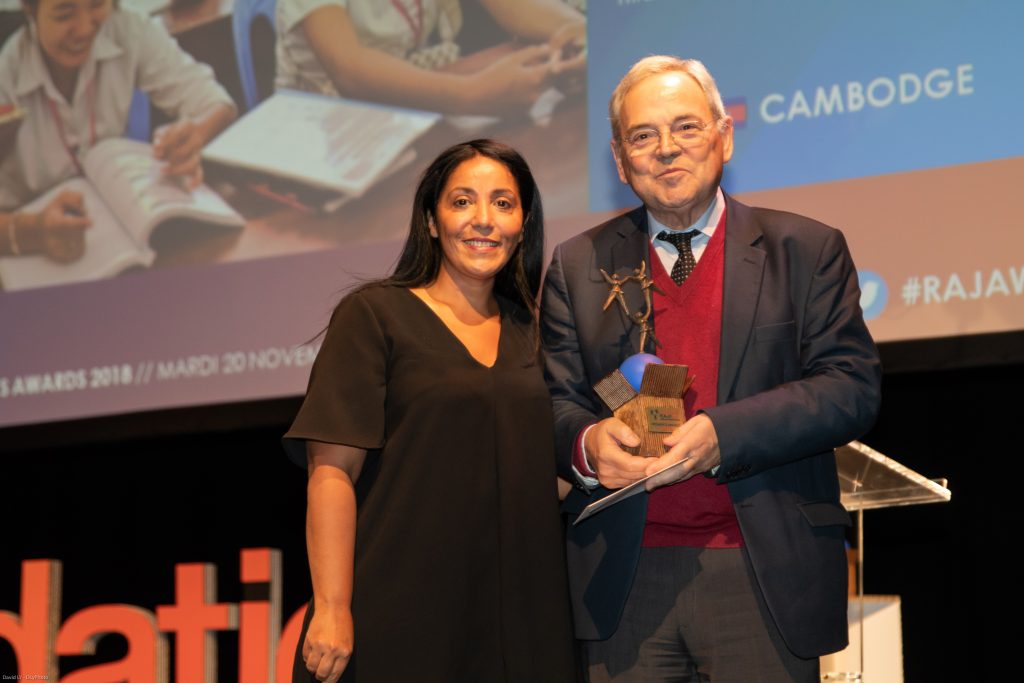 The NGO Terre & Humanisme was rewarded (€15 000) for its project « Restore natural resources and promote the emancipation of women via agroecology » in Togo. The prize was granted by Yann Arthus-Bertrand, Director of the Fondation GoodPlanet. 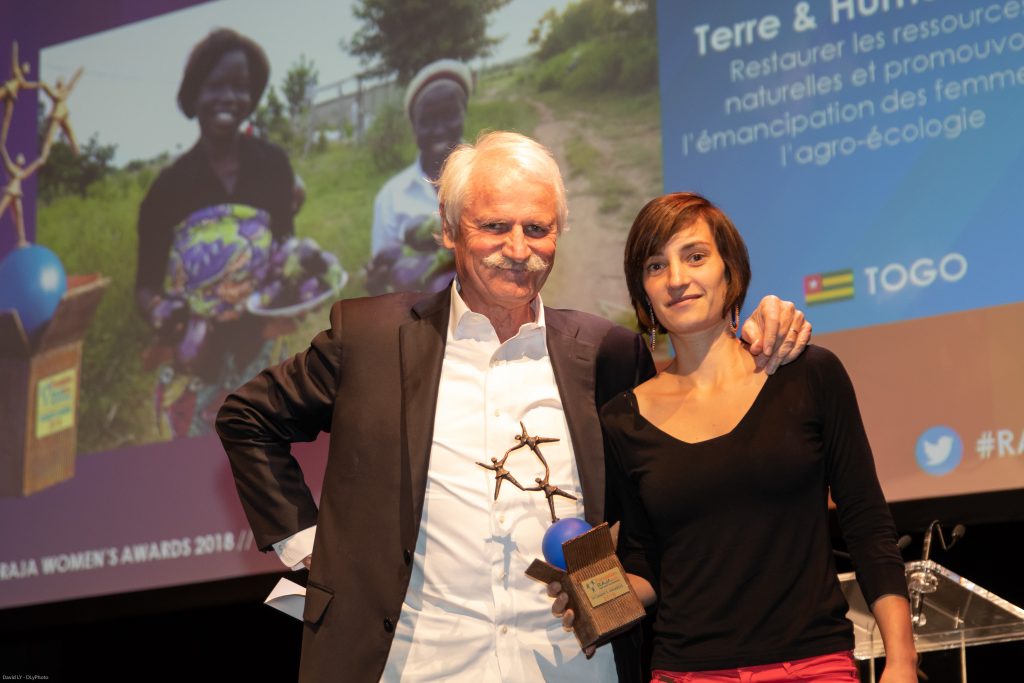 The Jury’s choice Award was granted to Rejoué

This year, the prize “Jury’s choice” (€10 000) was given to the NGO Rejoué for its development project of a sector of re-use of second-hand toys, managed by women in insertion in France, and granted by Danièle Kapel-Marcovici President-General Director of the RAJA Group  and President of the RAJA-Danièle Marcovici Foundation. 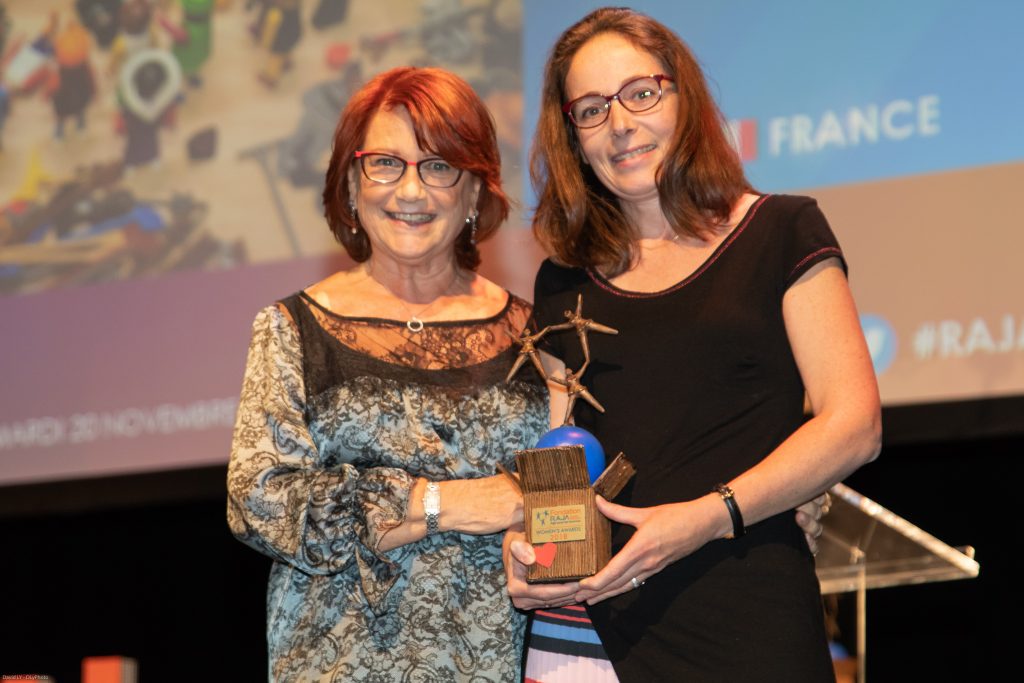 The winner of the Public Award is Elevages sans Frontières

A campaign of online votes to attribute Public Award (€10 000) took place from October 12th till November 2nd, 2018. The NGO Élevages Sans Frontières obtained the majority of votes for the ” Foster the social and economic integration of the rural women by the access to the productive resources” in Senegal. This prize was granted by Pierre-Yves Ginet, co-director of the magazine Femmes Ici & Ailleurs. 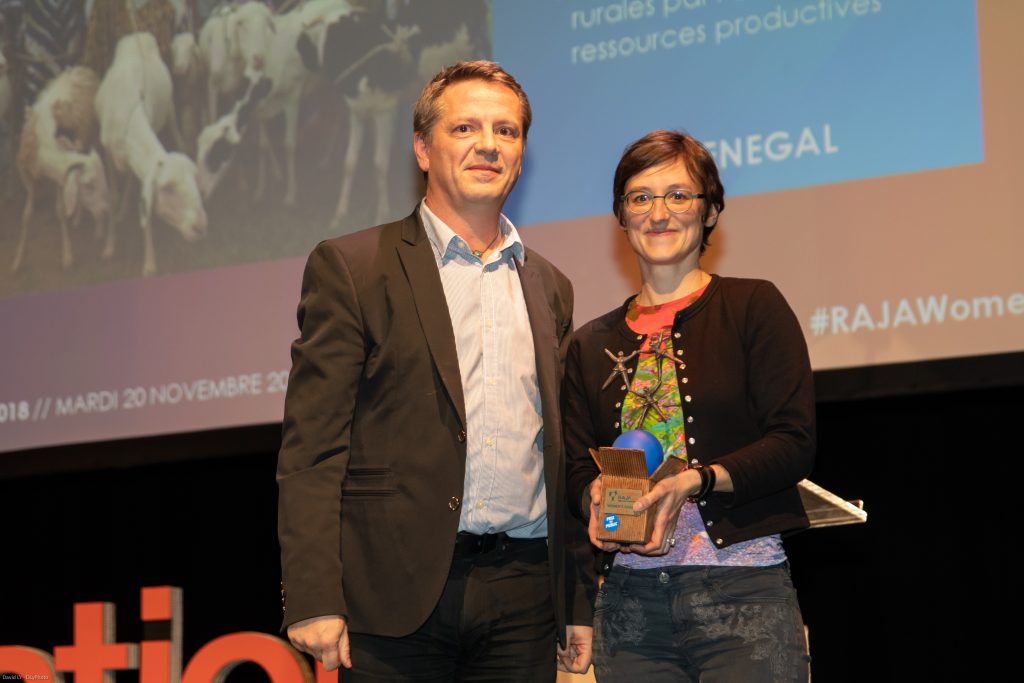 First of all bravo, congratulations to the NGOS which have just been rewarded this evening. An example for us all, a source of inspiration and action! […] I want our Foundation to be an example, to make other companies engage in actions of sponsorship and philanthropy “ concludes Danièle Kapel-Marcovici.