A feminist activist, Bouchera Azzouz is a film director and essayist from Bobigny. Through her writings and movies, she questions the question of identity, integration and citizenship, as well as the systemic struggles for equality and emancipation of women. She was general secretary of the movement Ni Putes Ni Soumises from 2007 to 2009, and then founded her own movement, Féminisme Populaire. She then focused her action on supporting women's autonomy but also on political advocacy work. She is committed to women from working-class neighborhoods, convinced that they are a powerful vector for the transformation, but also bearers of a "popular" feminism, a feminism of urgency, a feminism that is pragmatic and united. To demonstrate this, she wrote and directed a series of three documentaries that form a trilogy exploring the genesis of popular feminism, Nos Mères Nos Daronnes, On nous appelait beurettes and Meufs de (LA) Cité. 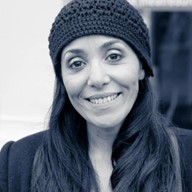 In the disadvantaged neighborhoods, what observations do you make about the professional integration of women?

For a long time, women from working-class neighborhoods were left out of the mainstream of public policy, and alexaon the subject of economic emancipation. At best confined to social benefits, it has been necessary to fight for and advance the issue of equality, so that little by little, women are considered to want and to be the bearers of emancipation dynamics, pushing them to fully take their place outside the private and family spheres in which they have been kept.

What are the main obstacles that these women face?

They suffer double or even triple discrimination due to their situation as women, as people living in difficult socio-economic conditions and often being of foreign origin. In addition, there are difficulties with childcare, transport, and the roles assigned to women and men: the pressures are exerted, among other things, by the marital situation, as women living in a couple are less likely to have paid work or to be looking for it, to look after the household. As a result, when they work, they must take on the remaining family burden. Getting into employability is a real obstacle course due to the complex access to information and job opportunities. Lack of self-confidence and self-esteem can also be an obstacle to mobilizing on a professional project.

How to promote their professional integration?

Promoting the professional integration of women is first and foremost a necessity. We cannot advocate gender equality without paying major attention to the emancipation of women and the means given to them in view of the difficulties and obstacles inherent in the very fact that they are women. There is also a need for strong advocacy for the economic empowerment of women. The experience acquired through our programs to support women’s autonomy has led me to advocate the establishment in each municipality of places dedicated to this subject. Places that can understand women and their projects in a global way, to give each of them the means to overcome the multiple obstacles that keep them in poverty or exclude them from employment.