Interview of Anne Barre – A look back at COP 27

Graduated in international management, Anne Barre worked in communications and corporate strategy before becoming involved in women, ecology and environmental health. Founder and honorary President of the French branch of WECF, she is convinced that women are fundamental actors in sustainable development. 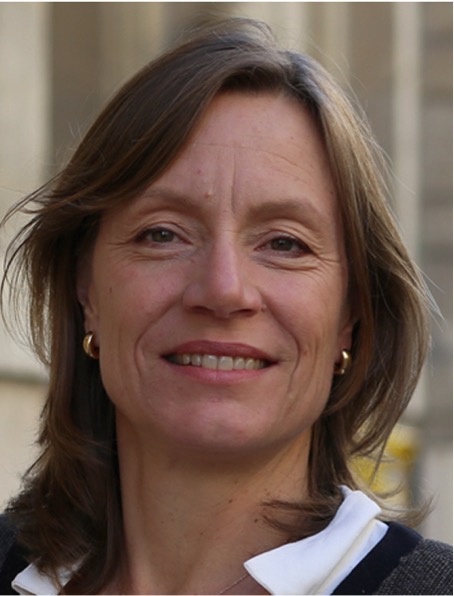 What is your overall feedback on COP27?

This COP took place on the African continent, a continent that is currently facing multiple large-scale crises. First, a climate crisis that is hitting hardest countries and populations that contribute the least to global emissions. There are also economic and social crises, resulting from the COVID-19 pandemic that has severely affected the poorest, especially women, who live mostly on informal incomes, and are confronted with increased gender-based violence. Finally, the continent is plunged into a major energy crisis fueled by conflict, in particular Russia’s war with Ukraine.

In this context, it was essential that the international community priorities the needs of this region, and recognize the demands of African women and girls as actors in the fight against climate change.

In this sense we can say that the main positive result of COP27 is the decision to establish a loss and damage fund to financially compensate the poorest countries that face irreversible damage from climate disasters and long-term impacts. We can also welcome the progress on the governance and operationalization of the loss and damage assistance mechanism. A new advisory board will be set up, in which representatives of the Women and Gender, Indigenous Peoples and Youth watchdog groups will have a seat.

However, we are very disappointed by the lack of political will of world leaders on climate mitigation. Indeed, this COP did not result in a commitment to phase out fossil fuels, while science, the IPCC, keeps warning us about the increase of CO2 emissions on a global scale. The heads of state, like bad doctors, are focusing on band-aids without providing a cure for the disease.

On the other hand, more than 600 lobbyists from the fossil fuel and nuclear industries walked the corridors of the COP to promote their false solutions. For example, the press reported that some 20 climate change agreements on oil and gas were signed during the conference.

What progress has been made on gender and climate? What are the points of attention?

The revision of the Paris Agreement’s Gender Action Plan, which was the subject of fierce negotiations, was approved only in the final hours of the COP, but it does not provide any breakthrough. The decision contains no concrete proposals to address the consequences of the Covid-19 pandemic, which has hit women and gender minorities much harder, as several UN reports have shown. Nor does the text respond to the gendered impacts of the war in Ukraine, or the resulting soaring food prices, or the blatant rollback of women’s rights around the world.

Worse, in Sharm-El-Sheikh, the voices of local and indigenous women were ignored, even though we had fought in Madrid in 2019 for their inclusion in this gender action plan. In addition, many women faced racial discrimination, surveillance, harassment, and intimidation throughout the COP, from the visa application process to the last day of their participation in the conference. How can fair participation of civil society be ensured under these conditions?

We also invited to COP27 all the winners of the Gender and Climate Solutions Award since 2015, more than 20 people who were able to meet with policy makers and donors in order to have their expertise and action recognized. We presented the FAREDEIC project in Morocco, the FEDIAAC project in Senegal and the REGAIN project in Cameroon, Colombia and the DRC. The REGAIN project is now being implemented by WECF with some of our laureates thanks to the co-financing of the French Development Agency, and the RAJA-Danièle Marcovici Foundation, and which stems from the Gender and Climate Solutions.

For example, the director of ENDA Colombia, Maria Victoria Bojaca Penagos, presented the work of women waste pickers in Bogotá, who contribute to the city’s climate policy while strengthening the solidarity and circular economy in their neighborhoods.

What is your analysis of the mobilization of feminist civil society?

This mobilization was very strong. The Women and Gender Constituency brought the voice of African feminists to COP27, who came in large numbers to shout out their demands: the need to strengthen the equitable participation of women in decision-making processes at all levels, the urgency of supporting a fair and equitable transition for all and of moving away from fossil fuels, and the need to access adequate financing, focused on human rights. They also demand the realization of their land rights so that they can protect their forests and lands; the integration of the ancestral knowledge held by indigenous peoples and women, so that it can be safeguarded as a key climate solution.

Every day in Sharm-El-Sheikh, we demonstrated against neo-colonial discourses on imported development models and risky technological solutions such as carbon capture and storage, or ‘net zero’ offsets that impact indigenous territories without having been able to demonstrate a real benefit in terms of emission reductions. Within the new 5-year program on climate technology development and transfer – adopted and launched at COP27 – we have succeeded in strengthening the place and expertise of women, indigenous peoples and youth, through the valorization of their knowledge and actions.

How can civil society prepare for COP28?

We cannot accept that the COPs become “trade fairs” where juicy contracts are negotiated, to the detriment of ambitious decisions that must enable people to face the climate cataclysm that awaits us.

Therefore, civil society organizations, in particular members of the observer groups of youth, indigenous peoples, women and gender, trade unions, and environmental organizations joined together in Sharm-El-Sheikh to present a People’s Declaration for Climate Justice on November 18 during the Peoples’ Plenary. The ceremony, which took place in one of the large plenary halls of the conference center, began with the words “We are all connected, human and non-human… everything is sacred and what has been created cannot be part of a market. Nature is life.

To prepare for COP28, we will continue and amplify this collective mobilization, both on the ground, by strengthening feminist climate actions implemented with our partners, and by promoting exchanges of experience within the powerful networks of which we are members. We will also be present in global governance, by continuing our involvement in all national and international political processes -including the UN- related to the climate convention, the 2030 Agenda of the SDGs, women’s rights, and gender equality.

We count on the support of philanthropic actors who are committed to strengthening the means of civil society that acts concretely and daily for climate justice.