Anne Bideau, Executive Director of Plan International France, answers the Foundation's questions and talks about the campaign for girls' rights.

Can you introduce yourself?

After several years as the Director of Solidarités International offices in Indonesia, Liberia and Macedonia, I joined the French Red Cross in 2006. First, I oversaw the regional office of the organization in Asia, then in the Middle East and the Horn of Africa. Later on, I was in charge of the technical expertise and emergency response department for international operations. Finally, I was the Director of volunteer activities and engagement for France. In July 2021, I took over the management of the NGO Plan International France.

Can you introduce Plan International France?

To implement its programs, the NGO can count on the support of 32,000 sponsors belonging to a loyal community of more than 40,000 donors, on committed companies and foundations, as well as on public grants. 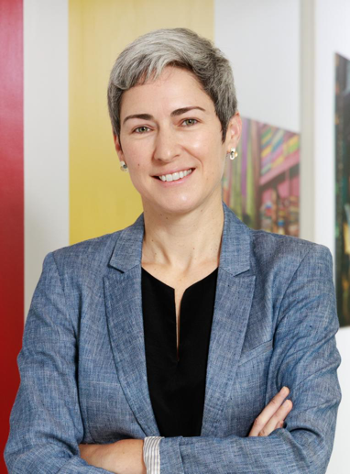 What is your assessment of girls’ rights around the world?

Even today, being born and being a girl does not offer the same opportunities, the same conditions, the same life perspectives as those of a boy.

School drop-out, excision, street harassment, online harassment, forced marriages, sexist and sexual violence, early pregnancies… Girls’ consent is ignored, they are victims of inequalities, exclusion, discrimination, and violence, which hinders their rights, their emancipation and has serious consequences on their lives:

How is Plan International working for girls’ rights around the world?

Plan International works locally with communities through development and mentoring programs, as well as emergency humanitarian aid. These actions aim to enable girls to know and defend their rights, to improve their access to safe, quality education and vocational training, and to enable them to decide for themselves about their future. We ensure that boys, families, teachers, and local authorities are included to change attitudes and gender relations in communities.

Plan International also works to influence public policy and advocate with decision-makers at local, government and international levels for laws that protect girls’ rights. As a result of Plan International’s work, child marriage has been banned in over 10 countries:

Our advocacy work in France and internationally is helping to raise awareness of the importance of promoting girls’ rights and gender equality, and the role of education in achieving this.

Even today, girls’ rights are violated, and their consent ignored. Discrimination, gender-based violence and inequality prevent girls from becoming free women. That is why in 2012, at the initiative of Plan International, the UN recognized 11 October as the International Day for the Girls. On the 10th edition of this day, the NGO Plan International France alerts on the non-respect of girls’ consent and launches the mobilization campaign “We didn’t say yes” to say STOP to gender-based violence and YES to the respect of their consent in France and in the world.

To find out more about Plan International’s campaign.