293: it is the number of companies in France committed to rounded-off salary donation in 2017, which represents 161 290 contributors, according to the MicroDON barometer published in May 2018. Danièle Kapel-Marcovici, CEO of the RAJA Group, was a pioneer in this field when she started the RAJApeople program in 2013. Thanks to microdonations, the program offers the possibility to all RAJA France employees to support concrete and solidary actions lead by the RAJA-Danièle Marcovici Foundation. Since its launch in 2013, more than 46 000 € has been collected through microdonations thanks to the 130 micro donators from RAJA France (representing 20% of the staff), which has allowed the Foundation to help 8 associations.

The overall collected donations are redistributed once a year to two associations supported by the RAJA-Danièle Marcovici Foundation, which are directly elected by employees participating in the microdonation program. Once again, this year, two associations received a total donation of 13 500 (6 750 € each). 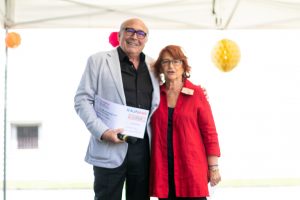 As an NGO created in 1995, Gynécologie Sans Frontières (GSF), Gynecology Without Borders in English, operates in France and worldwide for women’s health as part of emergency and post-emergency missions or as part of projects aiming at fighting maternal mortality thanks to sanitary development and mentoring of caregivers. Since November 2015, GSF has been intervening in the North and Pas-de-Calais region (France) towards migrant women.

The RAJApeople prize will enable the funding for an additional semester of an apartment used as an emergency welcoming centre for victims of violence or highly vulnerable women. 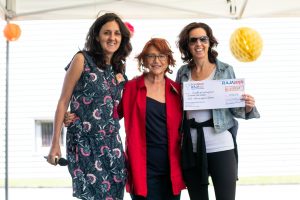 ANAK-Aide aux enfants d’Indonésie, ANAK-Help for Indonesian children in English, is a humanitarian association created in 2003, working in favour of children from remote villages in Bali, in areas where more than 60% of the population lives below the poverty line.

To sensitize young women to environmental protection, a crucial issue in Bali, and to promote women’s entrepreneurship, the RAJApeople prize will allow the implementation of several practical workshops for female students, such as making soap out of cooking or coconut oil and baking Indonesian pastries.