Ecofeminism: the RAJA-Danièle Marcovici Foundation, partner of the “After The Rain” Festival

The RAJA-Danièle Marcovici Foundation was a partner of the “After The Rain” Festival, the first ecofeminist festival in France organized by the Collectif Les Engraineuses on June 29th 2019 at the Cité Fertile (Pantin). This unique event, dedicated to the place of women in the ecological transition, aimed to raise awareness among the public on the link between environmental protection issues and those of women’s empowerment.

Ecofeminism puts women at the heart of the ecological transition

The Collectif les Engraineuses organized on Saturday June 29th, the first ecofeminist festival in France. The aim of the festival was to explain the links between sustainable development and feminism, and how, together, they are vectors of strong solutions for the future of our societies and our planet. Throughout the day, passionate, experts, artists and activists gathered to exchange, experiment and learn together in a summer and friendly atmosphere.

Pascale D’Erm, journalist and author of the Sisters in Ecology, opened the Festival with an engaged speech. She highlighted the role of men in the ecofeminist movement: “Our thinking is that we must not fight against one another, but share values of cooperation, for a fairest and more equitable world.” 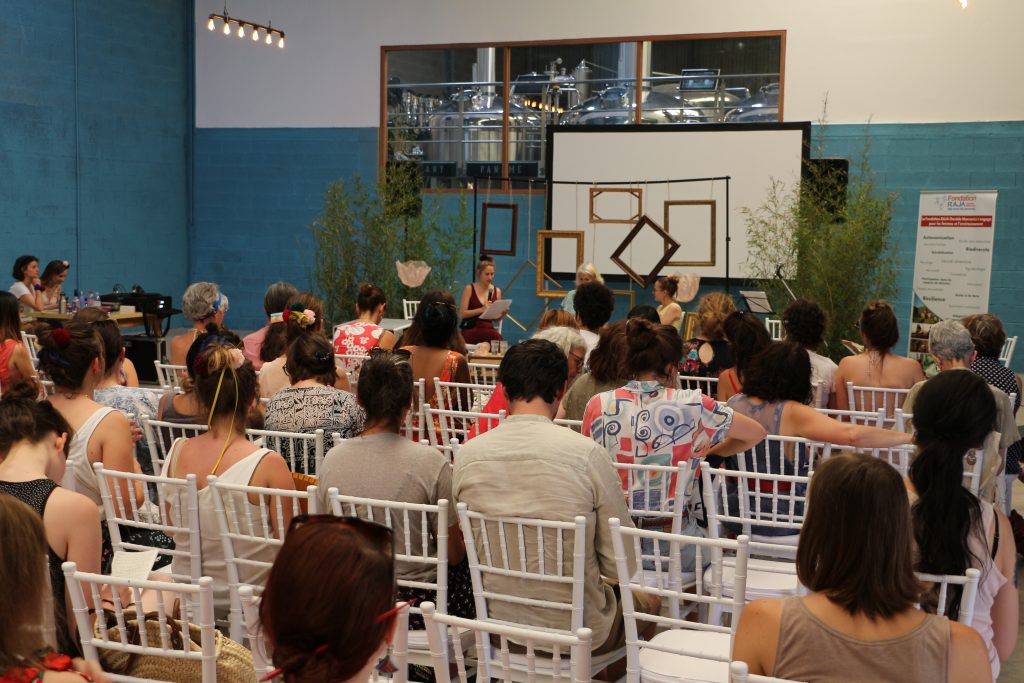 The day was punctuated by exciting roundtables that covered many topics: the place of women in the context of climate change, environmental engagement among women, the challenges of ecofeminism in the ecological transition, the role of men.

Charlotte Vaquero, Project Manager at the Foundation, spoke at the roundtable “At the dawn of an ecological transition, what are the challenges for eco-feminism?” alongside Fanny Petitbon, Advocacy Manager of the NGO CARE France, and Claire-Sophie Martel, co-founder of the Pouloulou start-up , which aims to promote responsible food consumption. Charlotte Vaquero presented the results of the study “The Food and Farming Transition: key factors in the emancipation of women”, carried out in 2018 in collaboration with Danièle Sexton, expert in social change. She then returned to the lines of action presented in the study, and implemented by associations supported by the Foundation, to highlight the role of women in environmental protection: “Initiatives for a sustainable food and farming transition and women’s empowerment are increasing. We see this clearly through the projects that have been submitted to us and that we are helping to fund. With more limited access to finance and means of production than men, women are often more interested in agroecology and agroforestry.” 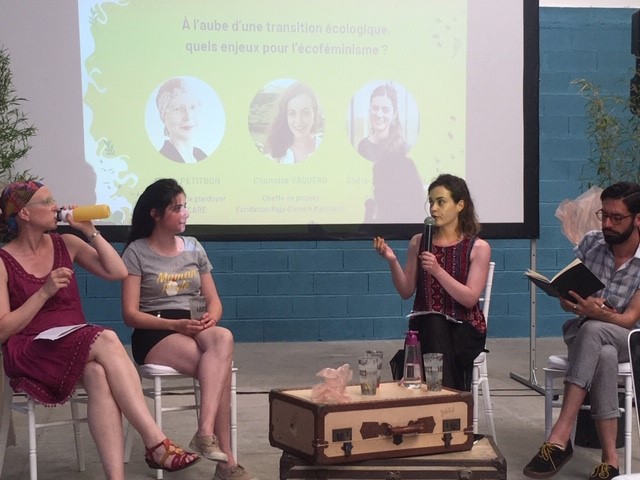 … and to raise public awareness of women’s issues in general

About 20 associations and solidarity companies running eco-responsible projects with a high social impact presented their actions in an associative village. The RAJA-Danièle Marcovici Foundation held a stand there to witness and raise awareness of the reality of the problems faced by women accompanied by the associations it supports (violence, discrimination, difficulties in accessing health services, education, vocational training, etc.). This stand also provided an opportunity to present in detail the actions carried out by the associations supported by the Foundation and which act to strengthen the role of women in the protection of the environment and the fight against change climate. The Foundation’s team hosted a fun quiz to inform visitors about the challenges of eco-feminism.

The “After the Rain Festival” also showcased many actions and initiatives led by women through the workshops on topics as diverse as eco-healing, humour as a weapon of mass awareness, green and feminist committed art or an open forum on motherhood and eco-feminism. The programming, which was of quality and very varied, allowed to gather different audiences of all ages around the cause of women: more than 1 500 people came to inform and exchange. A great success for this first edition!

To learn more about it :