The Re-Creation project carried out in France by the association Loba, is the result of the meeting between the Franco-Congolese dancer Bolewa Sabourin, and Denis Mukwege, Congolese gynecologist-obstetrician, Sakharov Prize 2014 and Nobel Peace Prize 2018. Both men share the same observation: traditional psychological support methods are not a sufficient response for women victims of violence. Bolewa Sabourin visited Dr Mukwege’s Panzi Hospital in the east of the Democratic Republic of the Congo in 2017 to work on a mixed therapy method, combining dance workshops and speaking groups.

Building on the success of this method on the liberation of speech and the well-being of the survivors, Loba decided to set up these workshops of dance therapy in Île-de-France (at the CHU Plurielles and within the association Ikambere) for women who are victims of violence and trauma. The workshops, combined with comprehensive care, will allow women to regain self-confidence, reclaim their bodies, and overcome trauma.

65women aged 18 to 25, the majority of whom are migrants, take courses at the CHU Plurielles
35migrant women with HIV/AIDS attend courses at the Ikambere Association 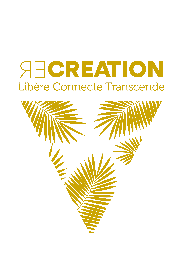 Since 2008, the Loba association has been putting art at the service of the City. Loba wants to play a role in maintaining intercultural, intergenerational and simply interhuman dialogue.